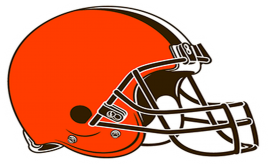 Re-naming players - As long as it's not offensive, it's acceptable

Trade meter - Left on (this can be reviewed following each season. If it's a strange trade, it would be nice if both sides comment on it in the forum)

Activity - If someone isn't online for a longer time, they will be kicked out of the league without a warning

Punt Block
No WR, CB, FS or SS in the ST Rushers depth chart or over-rides. It is allowed to use these players as gunners on settings.


Gentlemen Agreement ( = not a rule, but would be desirable)

Kickers/Punters
All teams MUST have an active kicker on Field Goals and Kickoffs and an active Punter on Punts.

Exploiting bugs
The game has bugs from time to time, but these should not be exploited to have an advantage.

Tanking
I appreciate that in the latter stages of the season you may wish to give younger players more experience to aid their development. That is acceptable but full on tanking for draft position is frowned upon. I'm not keen on seeing teams with 0-16 records, the #1 pick should not be considered a badge of honour!